When it comes to China, there ever exists a need for greater discussion of internet freedom and freedom of information more generally.  To the extent that the United States and its Western European counterparts can promote such discussions in China, they should, because there is clearly some traction in Chinese civil society for greater openness of expression. Before Jon Huntsman bore the brunt of netizen scorn for appearing to endorse the idea that a hundred flowers blooming on the Chinese internet would in fact bring down the CCP, the then-Ambassador’s colloquy with Chinese bloggers in Beijing was a good example of the kind of respectful but intense discussions that are needed within China, and between China and its interlocutors, about the question of freedom of information.

If this is what Hillary Clinton calls “smart power,” then fine, observers of the US-China relationship can, by and large, agree.  In some ways, the push for “smart power” or American “soft power” in China itself  is merely an extension of the people-to-people relationships that have been forming, regenerating, and re-forming in the relationship since the early 1970s.

To a very small extent, I’ve been a part of these efforts over the last few years, giving lectures, lecture-recitals, and performances in the PRC — twice with sponsorship from the U.S. Department of State, and both times in Chengdu.

What, however, if the State Department push for “smart power” really just added up globally to a bunch of self-satisfying rhetoric about how the “transformative power of the internet” was going to serve as a key arm in US foreign policy?  And what if Alex Ross was just selling snake oil?  For a healthy gob of skepticism about the direction taken by the State Department in its soft power initatives — not to mention a rather shocking story about how the US abandoned an $80 million investment in a consulate in Mazar-i-Sharif — the blogs We Meant Well (State Department Twitter Feed Overload) and Diplopundit serve it up in great and spicy quantities. 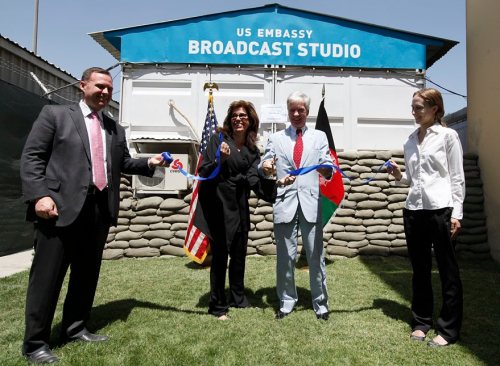