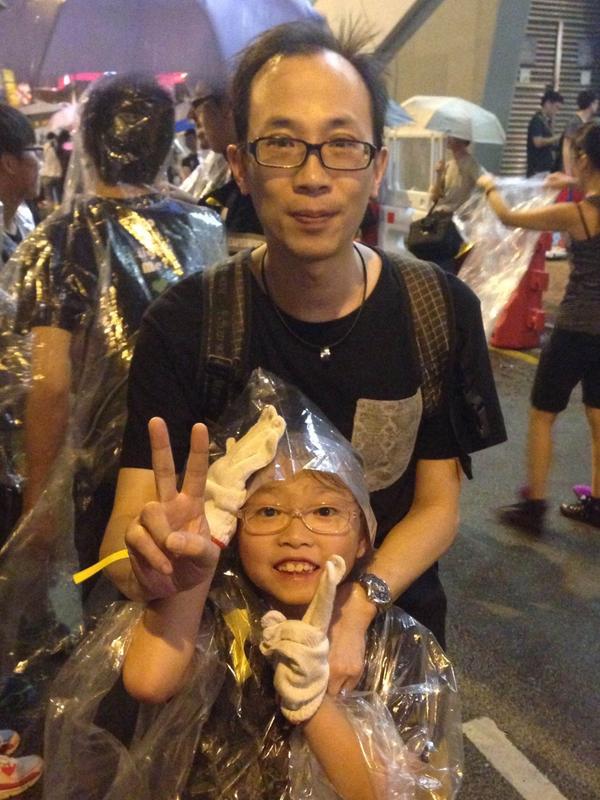 I spoke this evening to Phil Williams of BBC 5 Live about the protests in Hong Kong. While my brain was more than a bit muddled after a very full day of university lecturing (the first proper day of the semester, in fact) and finishing a grant application to a major Anglo-Japanese foundation, I think I got a few main points across:

The movement is bigger than just students; the students themselves are a much broader group than just university students; intellectuals and academics are mobilized in Hong Kong; the leadership of Occupy Central (as distinct from and interacting often in tandem with the student movement) is a pretty canny and experienced bunch; the PRC has arrested a young man in Shenzhen for posting images of the protests on his Weibo feed and using a VPN, and there is a history of Hong Kongers standing up for their rights well before the changeover in 1997.

The interview is about 42 minutes into this clip, occurring at 11:11 p.m., and lasts a couple of minutes. More interestingly, I’m preceded by a student protester from Chinese University Hong Kong, where I spent about a week earlier this month. He sounded even more fried than me, which was a good reminder that academics trying to follow the movement are expending a lot less energy than the protesters themselves. As a fine columnist wrote in yesterday’s Independent, the ‘vicarious passion‘ that the movement has captured, for many observers, can also be ignored as soon as they turn off their computers.

What I really wish we had had more time to discuss on the BBC programme is what happened in and about Hong Kong in the early 1980s. For instance, we might ask why some of the relevant English-language archives on the subject reveal much more British interest in what Ronald Reagan called ‘the survival of the free enterprise system‘ in Hong Kong than in the smooth continuation (let alone consolidation or development) of democracy. A memo from Zhao Ziyang to Margaret Thatcher on the subject of Hong Kong, reminds us what is — and isn’t– happening today not on the edges of the Pearl River estuary, but in Beijing. A theme that has been totally lost in the noise is the notion of the current CCP subverting the more ‘liberal’ aspects of its own Party’s direction in the 1980s. Zhao Ziyang, a key interlocutor on the Hong Kong negotiations with Thatcher, was a famous pragmatist, and as he proved in 1989 in Tiananmen Square, he was sympathetic to student protesters.

A meeting between Nick Clegg (who seems to be an all-purpose East Asian voice of conscience for the Cameron cabinet, however contrary to the cultural grain that is) and PRC Ambassador Liu Xiaoming is not likely to change anything, but to raise Zhao Ziyang, and Deng’s somewhat less than reactionary intentions for Hong Kong now, at this point, would seem to be the wise and more subtle way to approach the problem for the UK government. Deng, after all, discussed eagerly the notion of Hong Kong as a kind of laboratory for Taiwan, and to the extent that the Chinese Communist Party is able to see Hong Kong as part of a struggle for its own soul — if the Party still, in fact, has a soul — then it can begin to be a catalyst for introspection, if not immediate change on the mainland.

Image credit: Matthew Bell, of PRI The World, is a journalist presently in Hong Kong. The caption for his image, published on 1 October 2014, reads ‘This 43 year-old dad said he came out to the protest tonight with his 3 daughters for their sake.’