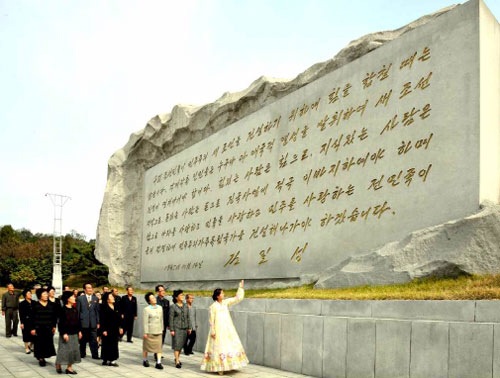 On 14 November, I will be delivering the following paper at the SOAS Centre for Korean Studies as part of their seminar series.

Abstract: In the Kim Jong-un era (December 2011-present), the North Korean state has made a series of moves to further augment and consolidate the ideological foundations of Kimism. Rather than using the emergence of a new leader to turn a new page on its history, the Korean Workers’ Party apparatus has not just simply amplified the personality cult around two dead leaders, it has subtly reshaped their history and placed Kim Jong-un very much in their mold, often to a rather extreme extent. This paper seeks to chronicle some of those historical changes and continuities, examining how and why Kim Jong-un, as the new leader, has been so ubiquitously juxtaposed as an executor of the will of his predecessors, rather than as an autonomous leader of his own accord. As miniature “case studies” for how the state permeates the depiction of Kim Jong-un with visual and other repertoires of his predecessors, the paper looks at the state’s commemorative actions for the 100th anniversary
of Kim Il-sung’s birth, the various commemorations of the Korean War, and other events, including the analysis of musical tributes to North Korea’s history. In so doing, the paper shows how ideological retrenchment and conservatism have been at the forefront of Pyongyang’s narrative response to generational change, but also how historical narratives continue to be adapted to suit new circumstances.