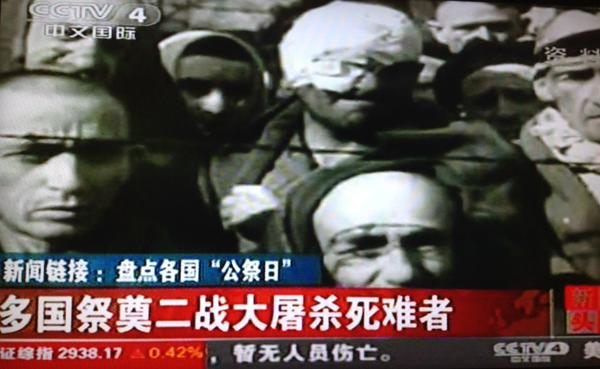 Since 1949, the Chinese government’s interpretation of the history of World War II seems to be continuously changing in order to adapt to local circumstances and contemporary political needs. If it’s diplomatically useful for them to pardon Japanese war criminals as part of a warming trend (as they did in 1956), they will do so, but if it is useful both internationally and domestically to bang the drum about Japanese war atrocities, they will keep that up as well.

When the government cracks the vault on archives and brings that data forth through all of its many, many propaganda and dissemination channels, clearly that’s being done with an intent that goes beyond a rather simple idea of reconciliation or coming to terms with the past.

The CCP has been marginally more open in terms of discussing the traumas of the 1950s and 1960s than they had been prior, but this is in part a measure of the generational inclinations of the present leadership, and the need to show that Xi Jinping also had a difficult time — along with the rest of the country — during the Cultural Revolution.

In the 1950s through the 1970s, Chinese people were conditioned by the state to celebrate the anti-Japanese roots of the PRC, but to do so without terribly specific reference to such ostensibly sensitive points as the Nanking Massacre. Due to the presence of bottom-up violence and the climate of self-policing that was established in the early Mao years, a climate which augmented wildly during the Cultural Revolution, the safest thing was not to raise issues which were outside of the Maoist parameters — i.e., the agenda set by the state was essentially total.

At the same time, in those years, I argue that Zhou Enlai and other ‘Japan hands’ like Liao Chengzhi exercised a kind of calming influence over CCP policy toward Japan and sought to cool Chinese passions over the war. The goal was normalization with Japan, and ultimately trying to win over the Japanese public toward a more leftist (and anti-American) way of thinking. Demonstrations over the US-Japan Security Treaty in 1960 were surely passionate, but they were contained and initiated by the state, and have more or less been forgotten today.

With the ‘opening and reform’ policy of the late 1970s, the Party also had to deal conclusively with something that could never be truly concluded — the legacy of Chairman Mao. By anchoring the Party’s own historical interpretation on the idea of Mao as a supreme patriot as well as ideological innovator, the Party started to shift history toward a narrative that was more about China’s rise — and more information came to light about Japanese atrocities during World War II and prior, the years from 1931-1945. With this research came an increase in public interest, a new kind of civil society and the bottom-up energies once channeled into self-surveillance and Maoism could be brought to bear newly on problems of international relations and the historical traumas of the pre-1949 past.

The Party’s policy toward history shifted most perceptibly after the 1989 student democracy movement, and we now have an extremely heavy anti-Japanese emphasis throughout the PRC, from Tibet to Heilongjiang, in school curricula and mass propaganda. The large amounts of state investment in these politics of memory, on the one hand, are very clearly intended to give the Chinese people who are its target a stronger sense of national identity — and the association of the CCP as the only answer to the need for a ‘strong China’ to which the historical legacy inevitably leads.

Meanwhile, Xi Jinping and his colleagues in the Ministry of Foreign Affairs have shown a certain new flair when it comes to diplomacy and anti-Japanese nationalism, and that there has been much more explicit alignment with South Korea on a handful of issues like the need for more Japanese transparency on the issue of ‘comfort women’ and the new display hall in the Harbin Railway Station to Ahn Cheon-gun, the Korean nationalist who killed Ito Hirobumi in 1909.

And in terms of public commemoration, Xi’s government has overseen a real proliferation in more formalized anti-Japanese holidays or days of commemoration. This year, 3 September was celebrated with much greater emphasis than in years prior (when 15 August had been the touchstone of victory), calling it ‘Day of the Martyrs,’ and now 13 December has been elevated as well. Today we saw the first 11 minutes of the main CCTV morning broadcast dedicated to commemorating the Nanking Massacre, a survivor testimony, and how global days of war remembrance are the norm rather than the exception — although the number of days which China has dedicated to this one conflict, and the amount of resources dedicated to its expanded memory, is probably exceptional.

I would anticipate that China will continue to dial up the anti-Japanese nationalism as Xi Jinping goes forward; there is very little resistance to such steps from the public, occasionally non-Japanese foreign friends will become extremely sympathetic, and it is a means of talking over Abe Shinzo and various moves toward constitution revision in the context of history denials as symbolized by visits to Yasukuni Shrine by cabinet members, textbook revision in Japan, and a host of other issues that will fill the headlines in the months (and probably years) to come.