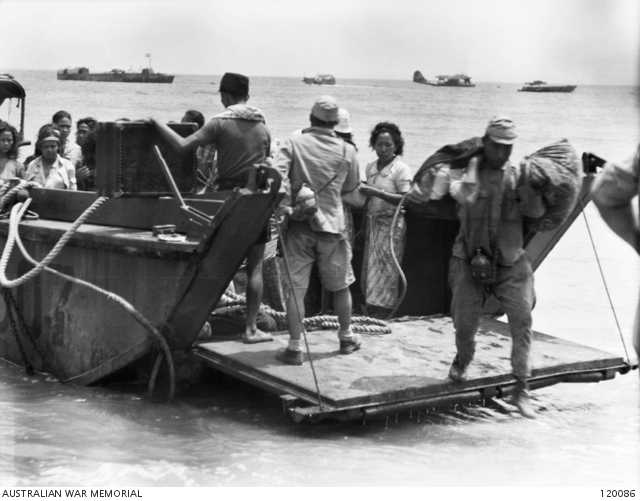 The German Chancellor was in Tokyo for a couple of eventful days. Although Merkel sees Abe Shinzo regularly, she noted before leaving  that she has not been to Japan, the country that she tactfully calls “Germany’s second-biggest trading partner in Asia” (after China, naturally), since 2008.

There cannot be a great deal of desire on Merkel’s part to talk about World War II amid the rest of this massive bilateral agenda — mainly the Chancellor wants to talk up trade, nuclear energy, and get help in pressuring Russia on Ukraine, not get caught in the middle of Japan’s historical controversies.

As the AFP put it, this was not meant to be:

German Chancellor Angela Merkel urged Japan on Tuesday to resolve the “comfort women” issue in her second foray into the delicate issue of East Asian history following her comment Monday that settling the wartime past is a prerequisite for reconciliation.

Winding up a whirlwind visit to Japan, Merkel met Katsuya Okada, head of the main opposition Democratic Party of Japan, and said Tokyo should “go ahead with reconciliation” with South Korea over the comfort women issue.

On the first day of her visit, Merkel weighed in on Germany’s Vergangenheitsbewaeltigung:

In a speech at the start of her first visit to Japan since 2008, Merkel referred to a 1985 speech by the late German President Richard von Weizsaecker in which he called the end of World War II in Europe a “day of liberation” and said those who closed their eyes to the past were “blind to the present”.

Asked how Germany was able to reconcile with its one-time enemies after the war, Merkel said: “Without big gestures by our neighbors that would not have been possible. . . . But there was the acceptance in Germany to call things by their name.”

Naturally, the Chinese news media was very eager to amplify this particular message, as it elided nicely with Foreign Minister Wang Yi’s vigorous remarks directed at Japan at the NPC in Beijing.  History is nothing if not a cudgel in northeast Asia.

Unfortunately, the Abe government’s eagerness to ostracize the liberal newspaper which hosted one forum for Merkel (the Asahi Shimbun) and to deal aggressively with rolling back even the slightest criticisms of the “comfort women problem / ianfu mondai” meant that her very indirect critiques of the insolubility of Japan’s wartime past went largely unnoticed in Japan itself.

NHK, the state broadcaster, “packed the issue in wool” during its coverage of the Merkel visit, not so much as mentioning the venue of the Asahi speech, and omitting any mention of Merkel’s admonition that a country ultimately has to look itself in the mirror of history. As the Sueddeutsche Zeitung put it (in an article which was translated into Japanese and is making the rounds on Japanese social media as a small corrective):

Yet, reading the German-language press just prior to the Merkel visit, one is reminded how complex the issue of war victimization is, and how difficult it is to keep the story sorted into a simple binary of Japanese war guilt and intentional amnesia vs. presumably unblemished Western/Chinese/Korean justified vigilance. March 10, after all, was the 70th anniversary of the US firebombing of Tokyo, an attack which killed an estimated 100,000 civilians in a single night. Patrick Zoll, the correspondent for Neue Zuercher Zeitung in Tokyo, interviewed a survivor of that bombing and published an extensive article on 7 March about it.

Reading the Tokyo section of Volume 10 of The United States Strategic Bombing Survey (as I did this morning), it quickly becomes clear that mass killings of civilians in World War II in Asia was an activity anything but monopolized by the Japanese imperial army. The authors of the survey describe “Incendiary Zone 1” in Tokyo, an area “which included one of the most densely populated areas in the world — Asakusa Ku with a population of more than 135,000 persons per square mile…there was probably no other residential area in the world of a comparable size which equaled the built-upness of Zone 1.” (p. 70). The report goes on:

The combustibility of Japanese dwellings was well illustrated by tests made in this country…Those constructed in “typical Japanese fashion” burned to the ground in 12 minutes; those constructed in accordance with Tokyo fire regulations were consumed in 32 minutes (p. 70).

Shelters for the general public were meager or lacking entirely. Many of those in Zone 1 were built in the sidewalks and consisted of little more than shallow trenches with bamboo or light wood roofs covered with a few inches of earth. These shelters were so close to buildings that they were worthless and were not used to any great extent. The fire susceptibility of Zone 1 was probably greater than that of any other similar area in the world (p. 87).

The 28-mile-per-hour wind during the course of the attack which increased in velocity as the fires merged, contributed considerably to the intensity and further spread of the conflagration. The highly combustible nature of the city resulted in an intense fire of short duration. Observers stated that the heat was so intense that entire block fronts burst into flames before the main body of the fire reached them (p. 84).

There is little space amid this specific memory, the inferno, to look outward at Japan’s wartime empire and the far less technological, yet no less real, suffering of victims of wartime rape by Japanese soldiers operating within a structured system of Army-run brothels. The photo that prefaces this essay speaks to that system. It is from the Australian War Memorial, is of former “comfort women” on Java watching Japanese soldiers unload their belongings after the 1945 surrender.

Chancellor Merkel has no need to become entangled in such local controversies as the construction of “Hiroshima Plaza” in Potsdam, but looking back on what the “comfort women” system really was, and the recognition that it spans well beyond Japanese-Korean parameters, one can understand why she may have felt the need to mention it.