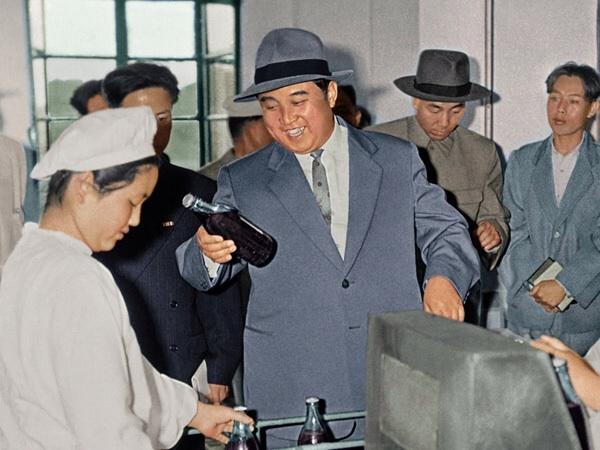 In May 2010, the US Central Intelligence Agency released a file which it had had in its files for many decades: Korean Books (in Korean), No. 1, Catalogue of Books by Korean Worker’s Party Publishing House.

While in most other contexts such a text would be open-source, finding the book (along with a hell of a lot of extremely interesting materials) during today’s foray into the CREST database at the US National Archives in College Park, Maryland, was eye-opening for me.

Since the late 1950s were supposedly an era of heightened nationalism and the beginning of the end of any pretext at Marxism for North Korea, the texts published in 1958 are particularly interesting. For fantastic reading on this theme, see the ongoing debate in Pacific Affairs (excerpted and analyzed by the singular Robert Winstanley-Chesters), reference Leonid Petrov’s short conference paper “North Korean Historians at the Helm of Power (1945-1950),” have a look at Petrov’s longer article “Turning Historians into Party Scholar-Bureaucrats: North Korean Historiography from 1955-58,” read extremely well-sourced research by the Wilson Center’s James Person (“We Need Help from Outside: The North Korean Opposition Movement of 1956“), or just read what Andrei Lankov was rather busy with in the 1990s.

The 1958 catalogue provides not just titles and summaries of books published in Pyongyang that year, but also indicates how many copies were published — helpful information indeed. Marx receives prominent place: 20,000 copies of Das Kapital were published, along with 10,000 copies each of The Poverty of Philosophy and Holy Family (the latter co-authored by Engels). Lenin comes in a close second: 12,000 copies of each about half a dozen volumes from his Collected Works were published in Korean that year. Two volumes (1 and 2, naturally) were published of Kim Il-sung: Selected Works, of 50,000 copies each. Volume 1 begins in 1945 and ends with the close of 1947, texts largely focused on Party consolidation, with economic development being the secondary concern.

The appearance of Kim Il-sung in the catalogue is followed by a curious text: G.V. Prekhanov’s Role of the Individuals in the Development of History, issued in spring 1958 with some 10,000 copies. According to the summary, this text “explains the role played by the individuals in history and proves scientifically that the history is created by the people themselves” (p. 14). If this sounds something like juche philosophy, then perhaps Soviet comrades need a bit more credit in their role in helping to construct North Korea’s unique (or was it derivative?) ideology. Fortunately the concluding lines of the summary remind the reader that “This book is the work of a Marxist.”

With the Marx, Engels, Lenin, Kim Il-sung, and a sympathetic Soviet expert having held figuratively forth (in that order), the North Korean academy is finally able to open up its productive gates to unleash a flood of new titles, such as A Critique of Modern Bourgeois Philosophy (Ham Bong-suk, 15,000 copies), Development of Marxist-Leninst Theory on Socialist Revolution (Pak To-myung, 15,000 copies; his abstract only says that Marxism was developed by Lenin, with nary a Kim Il-sung reference), and What is Historical Materialism? (Kim Shi-joong, 40,000 copies, an easy introduction for the masses). These treatises are capped off by a 20,000 print run of Dialectical Materialism by Molis Kolkns, a British Marxist. Could a foreigner, even an ostensible friend to North Korea like Felix Abt, get a print run of 20,000 books today in Pyongyang?

The purges of the prior two years do rear their heads up: Kim Shi-joong, having published an easy pamphlet already, earns his salary with an 88 page short book on Sectarian Evils Inflicted Upon to the Korean Revolution and Struggle of the Korean People Against Them, which “analyses historically and exposes the true nature of the anti-Party sects in the Party in the past” and “shows how the Party, in the course of the struggle against the sects, ensured monolithic and protected the purity of Marxism-Leninism.”

While the scholar Kim Shi-joong clearly knew where his sympathies needed to lie with the text, it is worth noting that even such books that supported Kim Il-sung in his factional maneuverings in the late 1950s would not be considered sufficiently orthodox only ten short years later, when Kim Jong-il took control of Party history writing and began the process — hardly instantaneous but surely inexorable — of wrestling North Korea’s many narratives into a single story of the triumph of the Kim family.