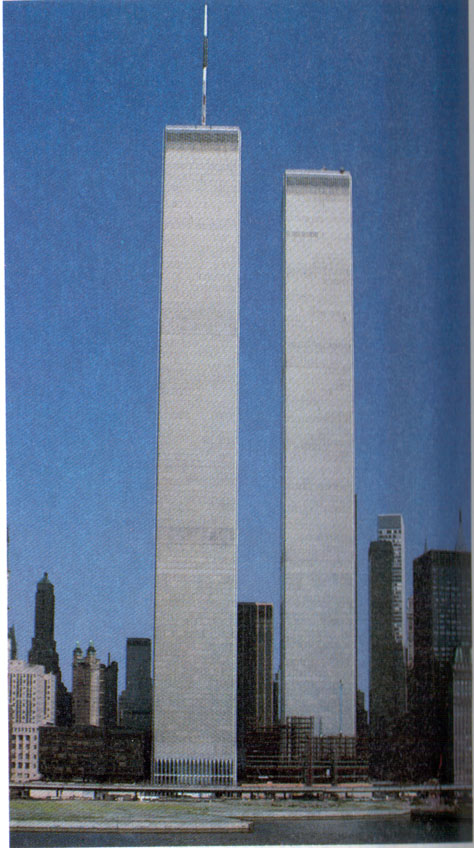 This op-ed was written in August 2010 as a submission for the New York Times but never published. Things have changed quite a lot in the intervening five years, but perhaps the reading of the Chinese sources, if not the somewhat narrow US perspective, will be of some minor value.  Many thanks to Charles Kraus, among other things a Xinjiang specialist, for his comments on it at the time. For readers in the UK seeking to catch up on the historical background, Charlie Booker of The Guardian provides a characteristically blunt introduction. – AC

The recent furor over the proposal of a mosque and Muslim community center two blocks from the site of the 9/11 attacks in New York has attracted global attention, but few commentators seem to understand the potential potency of the issue in the US relationship with China.  Like the United States and Europe, China continues to deal with questions about the relation of Islam to the body politic and the proper role of that religion in public life.  In the wake of the uprising in Xinjiang, the Muslim-majority region of China’s northwest in July 2009, in China the answer has become, simply, repression towards and oversight of ethnic Uighurs and Muslims generally.  The Chinese government absolutely regulates the construction of new mosques.  The Uighur umma (religious community) is beholden to the edicts of Han-ethnicity bureaucrats from Beijing.  Uighur students and government officials are even not allowed to worship in mosques.

This is not a model which the United States should seek to emulate.

Moreover, to the extent that the US injects government control where it does not constitutionally belong, offering a mistrustful profile toward Muslim-Americans, it weakens the country’s ability to speak directly and forthrightly to China about such issues as institutional racism, religious liberty, and human rights abuses in Xinjiang.

Do Chinese really care about the “Ground Zero Mosque”?  Certainly Chinese readers are appraised of the issue.  Indeed, if recent press reports are any indication, they are devoting particular analysis of late to the area that George W. Bush used to call “the broader Middle East.”  The withdrawal of combat troops from Iraq has elicited scepticism from the favourite newspaper of liberal intellectuals here, Southern Weekend, which in 2009 opined that the American pledges to “build democracy” in Iraq had given way to a kind of cynical neo-Vietnam withdrawal, if not outright defeat of American principles.  U.S. commitment to Iraqi democracy may be perceived in China as a wash – in spite of the fact that it has yielded lucrative contracts for Chinese oil companies – and steady Chinese news coverage of the U.S. in Afghanistan does not seem to be favourable in the least in its emphasis on institution-building.  US military drills in Kazakhstan garnered criticism as well.  If anything, scepticism toward American intentions in countries with Muslim populations seems to be rising.

When it comes to China’s perceptions of the US relations with the Muslim world, the appearance of Barack Obama and the President’s early speeches in places like Cairo have has hardly made a dent.  This is unfortunate, because, in the past, American policy toward human rights and democracy has served as a rallying cry for Chinese intellectuals and posed a clear theoretical alternative to a Chinese dictatorship that has no problem stating that “our policy towards ethnic minorities is 100% correct.”  In the wake of the Iraq fiasco and while prosecuting a war in Afghanistan, the United States should remain committed to repairing relations with Muslims around the world, particularly those in China.

The mosque issue – and the questions of some misguided Americans about Barack Obama’s alleged zeal for Islam – represent an opportunity for the United States to bring Islam more centrally into discussion in China.

US Embassy in Beijing had a Ramadan message this year; nicely done. http://t.co/PSqv83xbXq pic.twitter.com/BMl62XZODB

In a recent prominent full-page article in China’s top foreign-affairs newspaper, the Huanqiu Shibao (also known as the Global Times), Chinese journalists explained in great detail the attacks which the Republicans were levying on Obama over the Manhattan mosque issue.  In a keen choice of words, the article explains that the mosque question is “torturing the United States” and that it represents part of “the Muslim problem” in the U.S.  Amazingly, detractors of the mosque get most of the column inches.  Translated into Chinese, people like Rep. Peter King of New York State, a frequent guest on CNN, sound even more dogmatic about bringing Muslims under control than Hu Jintao, China’s General Secretary. Fortunately, President Obama’s remarks at the Ramadan dinner at the White House are excerpted briefly, allowing for a discussion about the role of religion in the American constitution and Islam’s place in American culture.  Such allusions are the best that Chinese state media can do to lay out alternative models to China’s method of dealing with Uighurs in in the northwest.

We should not underestimate the power of American debates in providing fodder, if not some prescriptive road map, for Chinese elites in their own discussions about Islam and public life.  When FOX News commentators assert that every mosque is a terrorist feeding ground or make linkages between anti-state violence and practicing Muslims, these assertions are echoed in China.  In the Chinese context, views voiced by Newt Gingrich and Sarah Palin and Peter King allow the Chinese Communist Party to point to American hypocrisy while tacitly spreading the idea that surveillance and government regulation of mosques is both necessary and constitutes a global norm.

In a long epilogue to the Global Times analysis of the “Ground Zero Mosque,” an anonymous Chinese source actually goes so far as to point to the debate in the U.S. as being indicative of a “Western sickness” in dealing with Muslims, as opposed to the enlightened policies of the Chinese Communist Party.  The US is then explicitly linked to recent enactment of restrictive policies toward Muslims in France, where veils have been banned in public schools and the executive branch has been aggressive in removing public expressions of Islamic faith (apart from a huge mosque constructed in Marsailles).  American racism is likened to anti-Arab racism in Sweden, and so on.  But even within this discouraging discourse, the American constitution is discussed, and the possibility of the U.S. building the mosque and moving forward with a more “harmonious society,” to use a common phrase here, is raised.

It is doubtful that American conservatives and opponents of the “Ground Zero Mosque” recognize that the content of their critiques is so heartening to repressive elements in the Chinese government and demoralizing to liberalizing elements in the PRC who, in spite of the massive errors of the Iraq War, may still look to the U.S. for alternative approaches to its relations with religious believers within the polity.