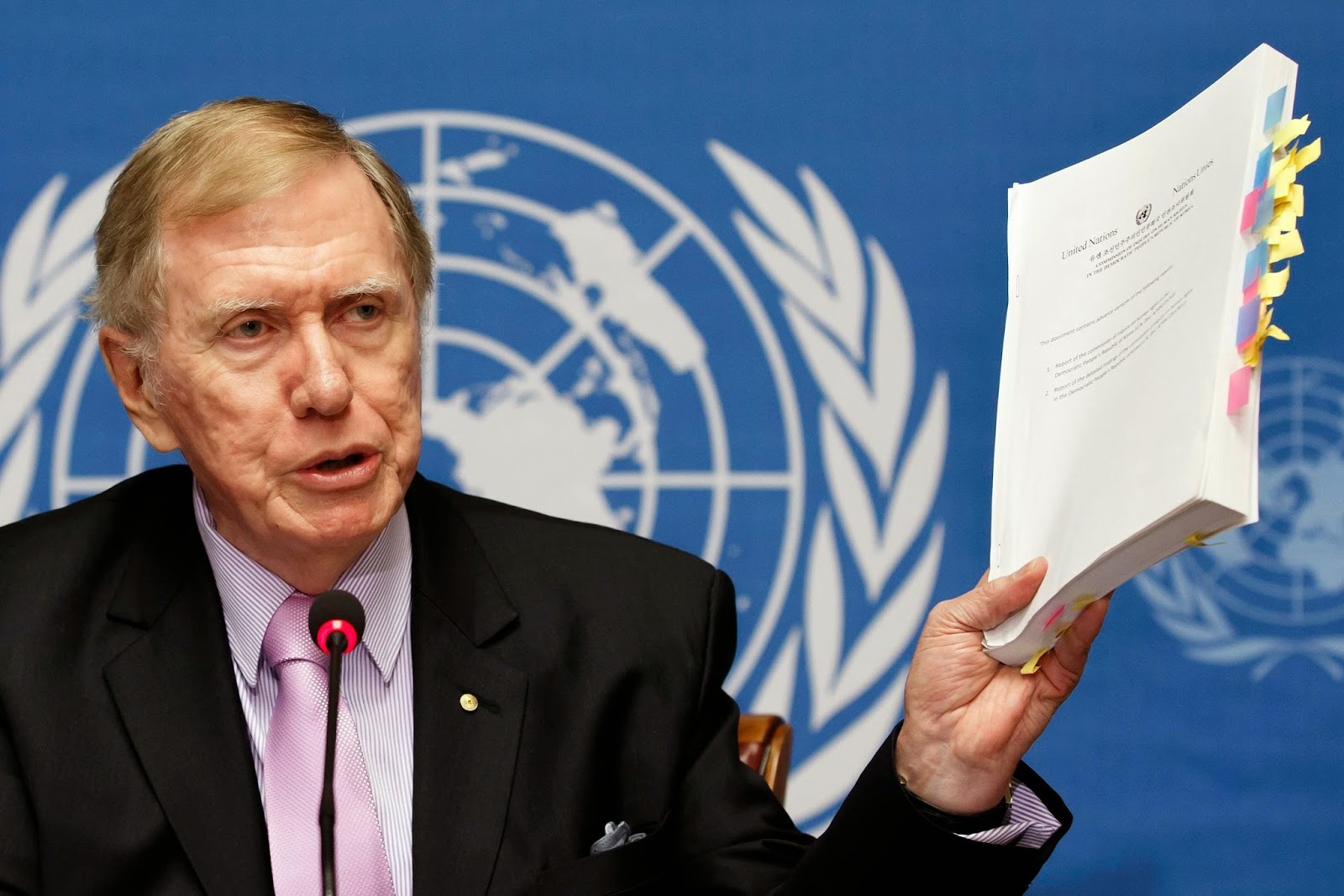 In January/February 2015, the Huanqiu Shibao (the foreign affairs tabloid under Beijing People’s Daily, massive readership etc.) used one of Joshua Stanton’s maps to indicate the locations of North Korea’s largest gulags. Given the combination of Stanton’s personal hostility toward the Chinese Communist Party and Beijing’s own reluctance to throw North Korean human rights up to public introspection, I found this method rather surprising. Yet more curious, this publication also happened as Justice Michael Kirby — the chair of the Commission of Inquiry on Human Rights in the DPRK — continued his drumbeat about needing China’s help to settle the human rights problems in North Korea.

At the time, I had a few thoughts about how or why this action might be framed:

1. The CCP, needing further leverage to get DPRK back to the zombie Six Party Talks, is simply looking for a new lever (which does not commit it to actual action) which will ‘wake up’ the North Korean government and give the CCP what they want. The publication of a Google map of North Korean gulags as published in China is an isolated event which in no way foretells the full scuttling of Sino-North Korean relations, much less a Chinese policy shift with respect to the COI and broader UN human rights processes where it tends to defend North Korea.
2. The CCP is laying the groundwork for yet more public opprobrium, within very defined and channeled limits, toward North Korea. This is a lever they can use with the North Koreans (‘we have to do something, our people are very upset’) and which South Korean embassies, etc., are no doubt taking recognition of. Again, no substantive political action is required, but smaller ‘actions’ are taking place.

3. This is just fodder for intermediary messengers and people like myself who are supposed to be broadcasting that Beijing is really upset with Pyongyang and the relationship is on the verge of rupture, when in fact, it absolutely isn’t. China isn’t going to change its tune on DPRK human rights at the UN — since they know full well that the same apparatus would probably eat them alive, given the opportunity.

4. People within the CCP (represented by scholars like Zhang Lian’gui) are livid at North Korea for a whole host of issues — so if the North is feeling the heat on human rights, let the leaders in Pyongyang contemplate how miserable they would be without that big heavy red fire blanket that is PRC support, trade, etc. As China prepares for a DPRK meltdown, the Chinese reading public needs to be prepared for a new situation along the border.

Will we see more discussion in the Chinese media about the North Korean human rights issues?

Recall the years 2011-12, when Barbara Demick’s book was translated into Chinese and more news was allowed in PRC markets about the ‘defector problem.’ None of this writing not necessarily fully sympathetic to the talbukja — since some of them, the writing reminded, were prone to stealing chickens and carrying meth, etc. — but which raised general consciousness.

Since 2015, the output of Chinese state media seems to confirm that any subsequent movement that implied a change in course on how Chinese readers viewed the terrain of North Korean human rights discourse was temporary, if it ever happened at all.