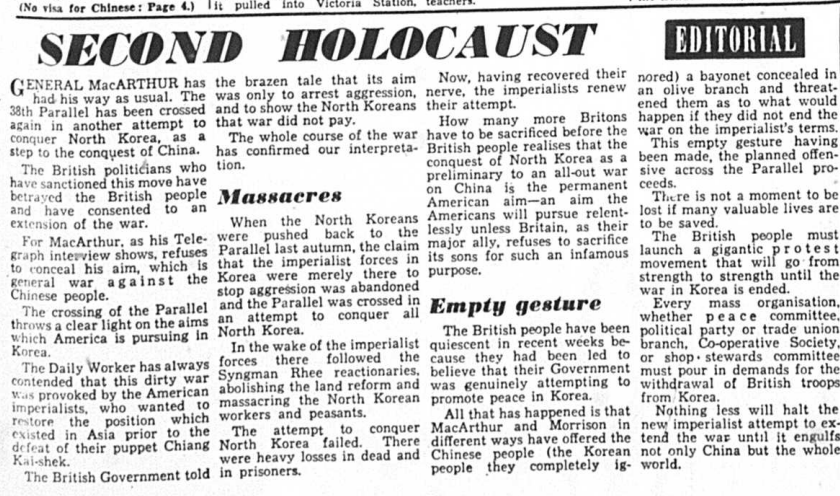 It seems a bit too easy these days to begin any essay with a nod to how disturbed one is by the latest muddy geyser of Presidential discourse. As most sentient beings on the planet today could tell you, the president himself is a kind of endless mine of shocking (and therefore clickable) material when it comes to race in America, immigration, conceptions of borders and sovereignty, global trade, US-Russia relations, US-East Asia relations, and, of course, nuclear terror and North Korea.

For historians prone to smelling a rich seam of commercial and professional success, the fashioning of sloppy parallels between past events and present societal dilemmas is tempting. Yale University historian Timothy Snyder is presumably receiving hefty royalty checks and keeping his diary full by comparing Trump’s America to the Weimar Republic in his On Tyranny. I believe that this book started life as a Facebook post aimed at millions of Americans who consider themselves part of “The Resistance.”

Historian Timothy Snyder on tyranny: "Our mistake at present is to imagine institutions will automatically continue to protect us" #DNlive pic.twitter.com/hxlvSYDaQw

Full disclosure: I am not on Facebook, so have not seen Snyder’s post in question, but I did recently fork out nine pounds for a new paperback copy of Snyder’s Black Earth, his sequel to Bloodlands, and found that sequel to be disjointed, repetitive, and lacking in any references to Karl Haushofer, although Nazi geographical-environmental concepts were, according to the book’s extensive marketing, supposedly at the core of the book’s contribution to the literature.

I did manage to find Snyder on Twitter, where he (gasp) follows and engages with no-one but at least does not play the kind of degrading public footsie with journalists that lesser historians sometimes resort to. Readers may be interested in the reviews of Black Earth by Richard J. Evans (who finds Snyder’s work on collaboration in Eastern Europe to be groundbreaking and his ecological presentism confounding), Christopher Browning (New York Review of Books, partially paywalled), and, most germane to the point of the present essay, Richard Steigman-Gall (“The public intellectual, in order to make an impact, cannot just enter a debate—they must start a debate”).

Leaving Snyder and the neo-totalitarian thesis aside, there is also an ongoing tempest over the administration’s application of the term “fake news.” For historians who deal with Cold War propaganda, it would be a fairly simple matter to dive into the discourse around this last term with gusto; after all, there is a ready-made audience and a need for context. Have you written about Soviet propaganda efforts during the Cold War, or done some extensive reading of the London Daily Worker to understand how Stalin’s many minions sought to pull the strings of Western public opinion during such conflicts as the Korean War? Fire up that hard drive, warm up your old prose about leaflets you couldn’t fit into that conference paper, and sell it as a slender e-book on Russian attempts at mind control! If you can somehow connect it to the sonic attacks on American diplomats in Cuba, more power to you!

Any sporadic viewer of late-night MSNBC programming since June 2016 could tell you that media outlets inclined to support today’s Democratic Party are highly sensitized to any work containing keywords like: Russia, active measures, Kremlin propaganda, collusion, Russian bots, weaponization of information, etc. Finding a way to work those into your newly-relevant writing is a key to search engine optimization, and getting those coveted interview slots on the Rachel Maddow show.

Analysts seem to think Russia is "weaponizing" everything nowadays. Which of these hasn't Russia yet weaponized?

One more tip if you’re writing for “the Resistance”: twelve million pages of CIA documents were recently made public. If you are a hard-working historian who is ready for that crossover book advance you have always dreamed, get busy searching the catalouge, downloading pdfs., printing them out, scribbling all over them, and then transferring your scribbles into Word or Excel so that you can lard your work with interesting footnotes — all the while simply reiterating points about Kremlin techniques similar to those made by Allen W. Dulles in essays like his 1954 “Brain Warfare.” In 2017, a book built on the premise that Kremlin propaganda techniques have changed very little over the years might get you further than you might have imagined.