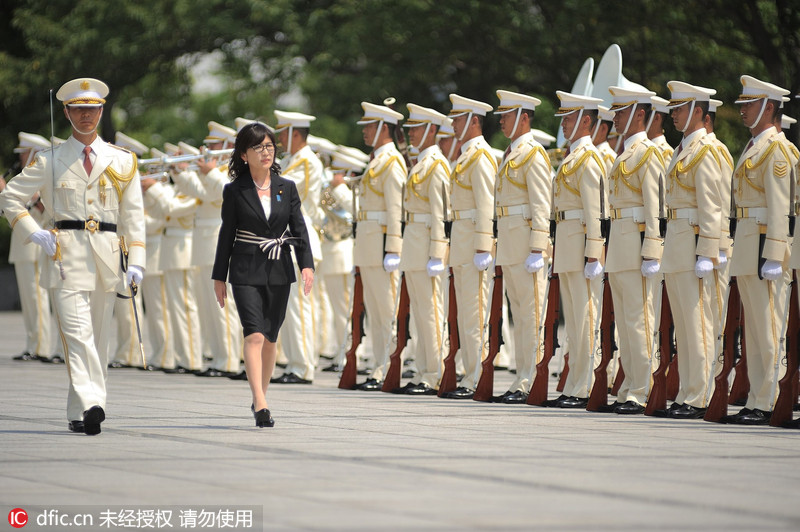 In the wake of the Upper House elections in Japan, Prime Minister Shinzo Abe has completed a reshuffling of his cabinet. As described by Japan hand Michael Cucek, it was not a particularly inspiring set of choices made by the newly-consolidated Prime Minister: Taro Aso (the right-wing former PM perhaps best recalled for his off-the-cuff endorsement of Hitler’s constitutional revision style) remains at the helm … END_OF_DOCUMENT_TOKEN_TO_BE_REPLACED

From the very beginning of the so-called ‘post war,’ the territorial and temporal parameters of the memory wars between China and Japan were never drawn particularly cleanly. The war ended formally in Tokyo Harbour on 3 September 1945, but it took nearly another week for Okamura Yasuji to formally surrender to General He Yingqin at Nanjing. It then took months (in some rare cases, years) … END_OF_DOCUMENT_TOKEN_TO_BE_REPLACED