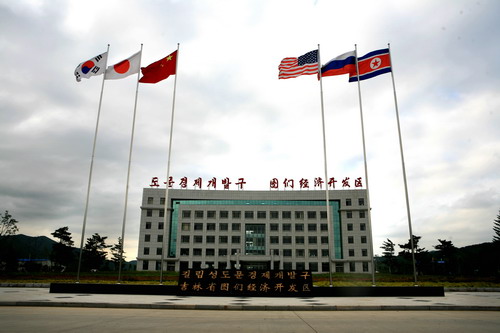 The realities of daily life in North Korea are, at best, elusive for the outsider to grasp. A lack of personal experiences often interfere. Those of us who have never known hunger or the terror of a certain knock on the door can read tales of depravation of food and basic personal rights only in shock. In today’s world beyond the DPRK, empathy (and its contemporary twin, the online or broadcast expression of outrage) is a commodity too easily spread, too quickly spent, and too ultimately impotent to make much difference. Although much great work is being done that have given us more tools than ever in the quest to try to understand life in North Korea, the difficulties are still substantial for the reader. After all, if we did understand what life was like for a range of North Koreans, what would that knowledge do to us, and what would we be obligated to do with it?

Futility is the name of the game. But perhaps we might ‘fail upwards,’ doing better by failing together. In other words, if we cannot know North Korea, perhaps we might try to understand how another country strangely interprets it (or misunderstands it) in a different way.  Chinese interpretations of North Korea are so multiple as to be numbing. In contrast to the relatively short and positively dark US-North Korean relationship, the relations between the two countries and people of China and northern Korea have been both thick and deep, stretching back before the Korean War.

Today I picked up a short book on Chinese-North Korean economic relations published in Beijing in the 1980s that began with a straightforward assertion that the two ‘countries’ (China and North Korea) had relations dating back to the early Stone Age, meaning that any investigation of interpenetration along the border needed to be put into the a conceptual time-scope of thousands of years, rather than decades. And, along the Chinese frontier with North Korea, there is a kind of comfort with the DPRK as a neighbor that has seen its ups and downs.

By the same token, Chinese expressions of anger and disgust at North Korea have their very own special brand of venom and betrayal, which is all the more powerfully expressed by the often steadfast refusal to see North Korea as purely an exotic other. The Kim family exercises the politics of personal dictatorship over the country, which is something with which a few hundred million Chinese people have had some personal experience. This is not to simply repeat what one often hears in China, i.e., the trope that ‘North Korea is just like China during the Cultural Revolution,’ because it is not.

If you follow the ongoing tide of debates over the Cultural Revolution in Chinese academic and media circles, along with academics in the West, you will find that the Cultural Revolution was in fact far more ‘democratic’ (in the sense of inviting mass participation and creative initiative, even if that initiative was primarily of a destructive bent) whereas the implementation of the North Korean cult of personality has never been anything less than micromanaged by the center, has not yet been hijacked by various rebel groups or factions within the leadership, and invariably results in intense expressions of loyalty through order rather than spontaneous expressions of localized violence.