This is the first in a multi-post project on German geographers and intellectuals and their interaction with Japan in the 1930s and 1940s, with a nominal focus on Manchuria and the border region between Manchukuo and colonial Korea.

These are themes which I have begun exploring tentatively in a new journal publication entitled ‘ ‘Owen Lattimore and Research on the Sino-Korean Borderlands, 1931-1945‘ (European Journal of Korean Studies, Vol. 17, No. 1 [2017]), copies of which can be obtained by e-mailing me directly at adamcathcart[@]gmail.com.

Karl Haushofer was at the center of a large network of German and Japanese scholars, geographers, political scientists, and propagandists from the 1920s through the end of the Second World War.

Haushofer had been working since the mid-1920s at getting his Zeitschrift fuer Geopolitik published in Japan, and he had published papers in Osaka Mainichi to put more German geographical ideas before the Japanese reading public. The German embassy in Tokyo had also been sent copies of the journal to distribute to Japanese readers fluent in German in 1925.

Japanese readers were not always aware of the deeper political and ideological backgrounds of those authors published in the journal. In one of those issues, the former military officer Kurt Hesse put forward his idea of a ‘continental block’ alliance of Japan, Russia, and Germany forward (Kurt Hesse, ‘Rund um den Pazifik / Around the Pacific’, Zeitschrift fuer Geopolitik, band 2 [1925], nr. 12, pp. 445-455). This might have been an exciting idea at the time, and it seems one influenced by Haushofer’s geopolitical ideas — all of which was very good for Hesse’s career. 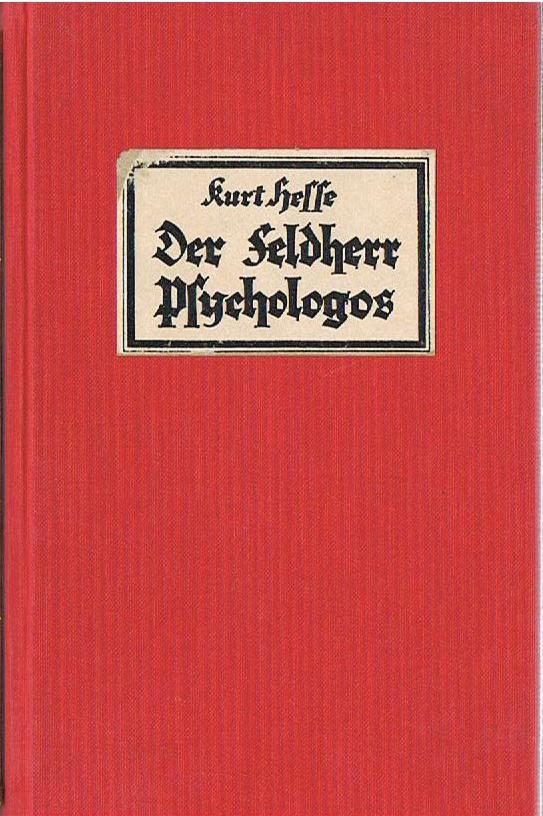 Hesse had gained notoriety in Germany for his 1923 book on the need for a great leader rising out of the trenches of the First World War (see image). He was also a devotee of Haushofer’s work. In 1929 Hesse returned his earlier favour to Haushofer for the publication in his flagship journal by calling the geographer ‘a foundational pillar of the study of geopolitics’ in the title of an article.

Hesse’s initial publication gave him further interest in Japan. Soon after Hitler came to power in 1933, he published a book entitled Die Schicksalsstunde der alten Maechte: Japan und die Welt (The fatal hour for the old powers: Japan and the world), in which he characterised China as being in a state of ‘persistence’ next to Japan as ‘an element of movement’. Under the Nazi dictatorship, his career simply took off, publishing massively and collaborating with Josef Goebbels. At the height of his career in propaganda, from 1939-1941, he published over 150 articles in Voelkischer Beobachter, and wrote scripts for 70 radio programmes. In 1940, he published a book on Germany’s victory over France (entitled Ueber Schlachtfelder vorwaerts [Forward over the battlefields]!), which along with a number of other writings from 1936-1942 were translated into Japanese and enabled him to arrange a speaking tour to Japan.

Hesse’s journey to Japan and his odyssey through postwar American-led war crimes trials is something I shall endeavour to follow up on as a reader. However, his rehabilitation with respect to Japan seemed to come full circle in 1968, when Hesse published a pamphlet in West Germany about the need to trade with — where else? — Japan.